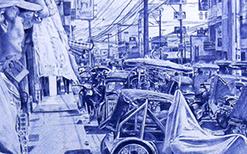 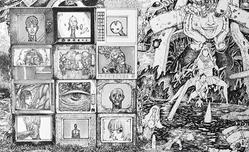 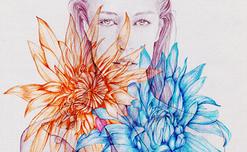 In a land of over a billion people rich with artisans and craftspeople, it should come as no surprise that ballpoint pen artwork can be found in India, and, in the atmospheric landscapes, decorative still lives and other stylish compositions of Shirish Deshpande, ballpoint art is also well-represented...  Read the full archived feature. 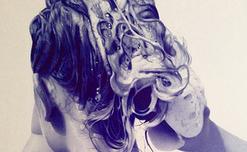 Ballpoint pen art without the ballpoint pen? That and more from Shane McAdams, artist and closet alchemist, who literally removes the ball point from the equation by "blowing", milking or otherwise extracting ink from ballpoints and magic markers toward artistic ends... 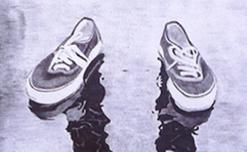 It is not uncommon to hear of ballpoint pen artists spending hundreds of hours drawing any particular piece. Mr. Satrio Arimbat Ardho in the same amount of time may have produced four or five pieces of equal or superior quality. Making them is what makes Ardho happiest...

Some say art schools ruin the artist. Whether or not that's true is of no concern to Mr. M.I. Shaikh. ''Undoubtedly self-taught. No lessons, no mentor, no special training or formal classes,'' proclaims Shaikh. Such is the measure of talent outside of art school meccas like New York or London...   Read the full archived feature 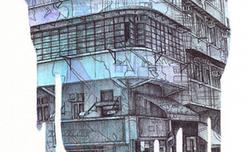 PICKS PAGE ARCHIVELINKS Feb~Nov2015  Read about these artworks in the artists' own words in The Ballpointer PICKPIECE archives. Click on the artwork to see their PICKPIECES.

Conflict and corruption feed commentary; key ingredients for intriguing art. Awareness may be the ultimate goal, but one must first actually care enough to spread the word. Serhiy Kolyada cares. His key ingredient is ink, and his Lifescapes  serve up a spicy blend of commentary and criticism peppered with politicians and prostitutes. Brothels and consumer brands form his artistic broth, but Kolyada's compositional stew is his strength...  Read the full archived feature.

This must be the wrong exhibition. Lennie Mace is, after all, known for colorfully detailed, elaborately composed ballpoint artwork, but no such artwork is on display here; only blank sheets of paper, beautifully framed...  Read the full archived feature. 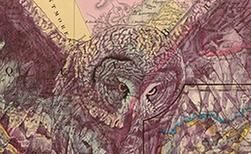 Andrey Poletaev can luckily travel vast distances without ever having to leave his home. Ballpoint pen in hand he can set off in any direction, as he pleases. The ability to use art as an escape to lands known-or-unknown proves how drawing skills and 'vision' are a magic combination...  Read the full archived feature 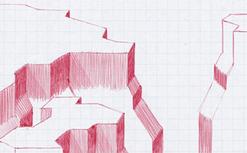 The true story continues on the fully  ARCHIVED page 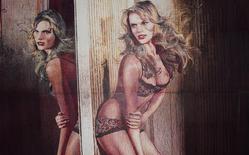 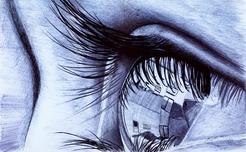 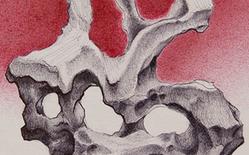 If you're ever walking the streets of Hong Kong and notice a fair-skinned fellow with fiery red hair appreciating the aging architecture more than the average passerby, you've probably found Peter Ross. You wouldn't know it but Ross is in fact a born-and-bred Hong Konger  himself, and he knows that aging architecture well...  Read the full archived feature

For every artist out on the front lines gunning for art world credibility, there are another hundred going about their business in quiet satisfaction. Those with more modest needs and their own barometer of what constitutes "success" could care less. Among them is Allan Barbeau... 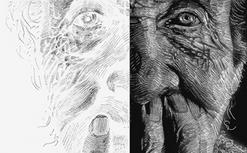 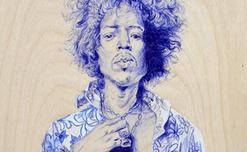 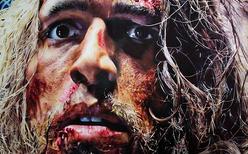