traveling, the pens' portability making them easy to tote. As Ross now sees it, using such a "universal tool " as an art

medium also makes his artwork more accessible to general audiences; no art background necessary to connect with it.

"My work explores the connection between people and place, so it's important to me for the work to have a similar

connection with people." As for Ross's drawing practices, "I try to always shade in the natural direction of what I'm shading,

following the lines of the object. By playing with these lines you can even make the subject more expressive. I try to avoid cross hatching but tend to use that technique sometimes when drawing skin or cloth to give a slightly different effect. I use newer pens

for lighter shading, the reason being I find once a pen has been used quite a bit the delivery system can become damaged,

causing it to be more prone to blotting or seizing up. Apart from that I simply draw it as I see it. I also sometimes use an eraser,

as although obviously ballpoint can't be rubbed out I've found it can be lightened. Sometimes, although very rarely, I use

a scalpel blade if I get an ink spot."​
But first come the spoons, and strategically applied acrylic washes. "Ballpoint drawing for me represents a very controlled,

almost regimented practice and is a craft in itself. I like the idea of challenging it with something more organic and unpredictable.

I wanted to combine ballpoint drawing with a different style to play on a contrast between old and new, detail and abstract.

The spoon is a way of controlling the wash but there is always an element of unpredictability. I generally tip the wash by

propping a broom under a wooden board so it drips, with the intention of creating an illusion of fog. I've used spray paint

in the past, as well, but not very successfully. The wash comes first, then I compose the buildings within the ' cloud' ;

quite a lengthy process, as I get quite fussy about what works and what doesn't. An average piece takes roughly

one to two weeks, depending on size and quality, including paint and compositional planning, etc." Ross also hints

at use of screen printing in the future, something he'd done in school. "I'm interested in it as a way to

portray repetitive images ;  the idea of copy-paste buildings and clone cities. Just something I thought 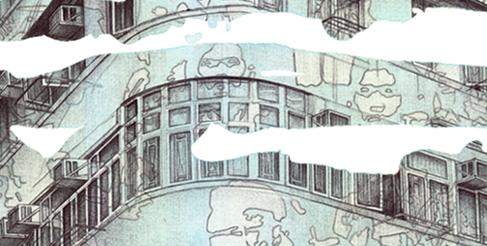 Andrey Poletaev can luckily travel vast distances without ever having to leave his home. Ballpoint pen in hand he can set off in any direction, as he pleases. The ability to use art as an escape to lands known-or-unknown proves how drawing skills and 'vision' are a magic combination. Imagination plays a part for many artists, but Poletaev's travels are decidedly more terrestrial. He could be logging frequent flyer mileage. And if his visual documentations thus far don't merit a diploma, he can simply draw one... 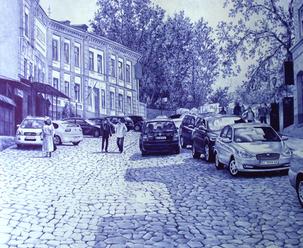 Some say art schools ruin the artist. Whether or not that's true is of no concern to Mr. M.I. Shaikh. ''Undoubtedly self-taught. No lessons, no mentor, no special training or formal classes,'' proclaims Shaikh. Such is the measure of talent outside of art school meccas like New York or London. Diplomas don't guarantee a prosperous career, even in New York, but not having one doesn't automatically kill ones' prospects. Not when it comes to art... 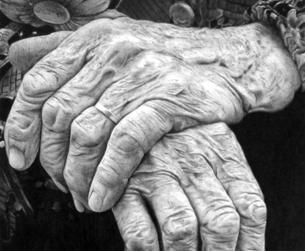 "A lot of the buildings

you see in my work

you walk by on the street. They are

I think they best represent peoples' impact on buildings

and the relationship between us and the city. They create a

visual pattern-work that evolved over time. It wasn't master-planned.

I find the state and quality of development recently, especially in Asia, quite

upsetting. It seems to be tipping more towards economics more than anything else. Design often takes a back seat."

Ross was born in Hong Kong in 1985 to British parents, making him a card-carrying permanent resident; what was once

known as belonger status. He only occasionally returns to the UK for visits. "It's a slightly odd situation where now,

according to the local Chinese, I am not ' local' but at the same time not an expat. It's this very feeling of identity and

belonging that I want to try and explore through my work and I think, hopefully, resonates with quite a few people."

Speech therapy for a childhood stutter indirectly prevented him from learning the language (Cantonese), except for

some basics. "It was thought it might hinder my english," explains Ross, but this also indirectly seems to have had

communication. ' A picture's worth a thousand words'. Apparently my ability to process information is a bit cross-wired and

my learning is extremely visual."

​     Art and Peter Ross have, therefore, been lifelong friends; art classes throughout his upbringing, even an art scholarship

to high school. "When I was very small my mum used to take me around art museums and galleries, which probably had

an impact on me. I think Chinese ink landscape paintings  have been quite a big influence on me as well. I was a bit of an

art history geek at school. I made my way through most styles, artistically. Surrealism, age 12; Pop art, age 14; Futurism, age 15. Spray paint, mud, ash, charcoal; I even experimented painting with smoke at one point. So I like to think I've had a pretty generous artistic upbringing." He recalls an incident at university, "At one point I was told I couldn't draw and should stick to computer graphics instead… pretty funny to look back on now."

​     Ross readily admits that not speaking Chinese sometimes presents difficulties, but adds, "The great thing about Hong Kong is that there are so many nationalities and cultures co-existing here." With such a wealth of influences at his disposal, Ross's artwork is refreshingly clear of the kind of cliche'd Asian imagery so fashionable these days. No Kung Fu  fighters or the video game graphics they inspire. Instead, lots of classic artistry. Junk boats  and rickshaw, but not as you've seen before. Maturity as opposed to

pop culture fluff. "I try to bring all these ideas forward by playing with different layers and contrasting abstract shapes with

detail in an attempt to suggest there is more behind the façade. I’m striving to deliver something that can be visually

appealing, but also, on a subconscious level, provoking."​

​If you're ever walking the streets of HongKong and notice a fair-skinned fellow with fiery red hair appreciating the aging architecture more than the average passerby, you've probably found PeterRoss. You wouldn't know it but Ross is in fact a born-and-bred Hong Konger  himself, and he knows that aging architecture well. A member of both the Architect's Registration Board  and Royal Institute of British Architects, Ross has put in time working on large-scale projects as an architect for reputable firms. He still takes on architectural work as a freelancer working from home but now splits his time between that and his black biros, juggling private and commercial commissions. Now he can draw throughout the day as opposed to losing sleep by drawing after-hours. Says Ross, "I'm actually working more as an artist with a bit of architecture on the side. I am very fortunate to have a local gallery that keeps me involved in group shows and art fairs, which is great." Architecture naturally features within Ross's ballpoint artwork. Buildings appearing through, and framed by, cloud-like compositional arrangements (pictured ) are genuinely Hong Kong and genuinely Peter Ross.

​​​​​As an active ballpointer Ross already has his region covered, receiving his fair share of local press in Hong Kong, but perhaps his biggest boost will come via cover artwork commissioned recently by Cathay Pacific for their in-flight magazine, introducing his work to a worldly

audience. The printed magazine is probably in seat-back pockets this very moment, free with

the price of a plane ticket. Meanwhile, Ross's originals can be seen as part of the Signal 8 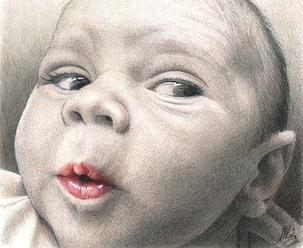 ​For more information & inquiries of the art of Peter Ross:  www.peteross.hk  &  thecatstreetgallery.com 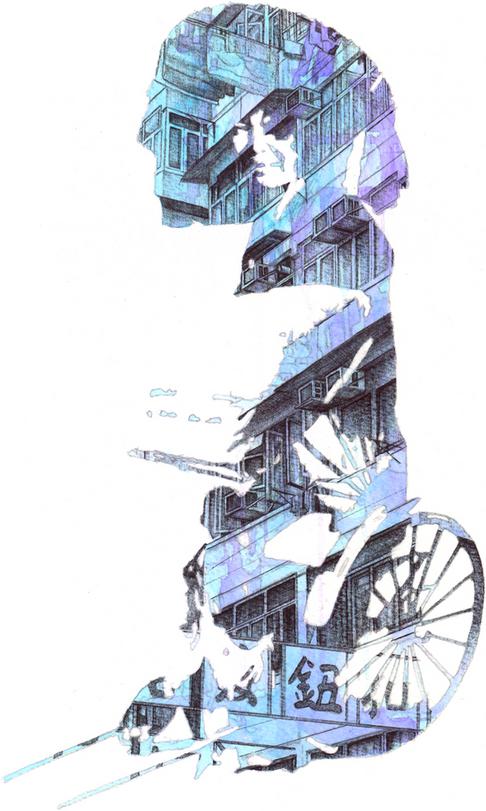