PRINTED  edition of The Ballpointer?

In response to inquiries from readers,

The Ballpointer  is contemplating printing limited editions of online content, made available as yearly subscriptions, quite possibly in four editions per year.

Please let us know if this is something you would support with a subscription.

No strings attached to that ballpoint. The floating effect was achieved by attaching the pen to a large clear acrylic panel, which was then slowly rotated for the desired effect.  Given Kubrick's well-known attention to detail, it's surprising a brand name doesn't appear on the pen barrel; a product-placed Space Pen? Text is discernible there, but unreadable. Perhaps it spells out Kubrick?・

Fans of the American supernatural TV drama Fringe may have noticed a prominent use of ballpoint setting the Season 3, Episode 3, story into motion. No ballpoint drawing; just an interesting use of a ballpoint pen as plot device.

Through the POV of a Suspicious Loner, we survey a busy street scene... Awoman across the street passes a mailbox, then enters a florist; a traffic light; an approaching bus; a passing taxi splashing pothole water onto the mailbox; a man at an outdoor cafe; a bike messenger.

Loner  crosses the street, steps up to the mailbox, pulls out a ballpoint pen and balances it on top. Its opaque blue body identifies it as a classic Papermate pen but, instead, the name BRANTLEY appears printed in white. Woman exits florist and proceeds up the street; Loner  files in behind her. Woman turns and stops at a Don't Walk signal; Loner  bypasses and continues ahead. A passing taxi splashes the same pothole water onto the same mailbox; ballpoint falls to sidewalk. Cafe man rises and approaches it; Bike Messenger  knocks him into the mailbox, knocking it over, and falls into a fruit stand. Bus driver, distracted by the hubbub, fails to notice traffic light turning red for him and green for crosswalk woman, who crosses the street. Distracted bus driver plows into her as shown over Loner's shoulder, calmly exiting the frantic scene.
Fringe Division agents are called to investigate the "statistical anomaly", the second such accident in as many days. At the scene, a ballpoint pen on the sidewalk catches Agent Lee's attention. He picks it up.

"Hmm, when was the last time you saw one of these?"
Star agent Olivia Dunham replies, "God, a pen? I dunno, preschool maybe?"
"I didn't know they still made  these," agent Frances adds.
Considering its discovery at the scene, amidst the mailbox, fallen bike messenger, and cafe man, Lee observes it's "like the pen started some kind of... chain reaction". Dramatic pulse of music punctuates the scene.
Back at HQ while reviewing video footage of the first bus incident, a similar pen is noticed. Could someone be "causing these accidents on purpose?" Discussion of the implausibility of calculating such an outcome ensues. Brainy agent Astrid offers the odds: "Zero point zero zero zero (0.000). Impossible... 37 people in the intersection 22 cars 4 trucks 2 buses wind speeds of 5 to 10 miles an hour and that is just to start in total we are talking about 120 variables in a dynamic system of differential equations I can't solve that kind of a problem much less manipulate the outcome to my advantage."
Then, another bus hit. Investigating that scene, Lee asks a teen if he happened to see a ballpoint pen. The kid looks at him as if he's speaking Greek. "You know, you use them to write with," explains Lee. Doesn't know what a ballpoint pen is? Fringe event!
Another exasperating exchange occurs after the team has met with Loner's sister. Stumped as to how to pursue him knowing he might anticipate their actions, they phone Astrid at HQ for answers. She has none. Why? "Because there is no answer; it's a mathematical problem without a solution... Suppose he predicts you'll go there, but then you'll predict he'll predict that, so you don't go... But then he predicts that you predicted that. Then he changes his plan which means that you should go to the hotel but then he predicts that you'll predict what he predicted too... It's an infinite spiral." Thanks, Astrid.
Loner's afflictions are subsequently explained as "severe cognitive deficiency", for which he was given an experimental treatment of "smart drugs". One dose makes a genius; they gave him five. Turns out he didn't want to return to "normal" after testing, so he decided to off his administrators. But why the balancing ballpoint as his MO? Don't know, don't care. Just beware of falling ballpoints, and pass the smart drugs・

In a minor role supporting what would become an iconic film scene, famed director Stanley Kubrick used a ballpoint pen to illustrate the wonder of zero-gravity to an as-yet unsophisticated moviegoing audience.  2001: A Space Odyssey (1968) shows a pen having slipped free of the pocket of in-transit Dr. Haywood Floyd. An interstellar stewardess arrives to return the pen to the sleeping passenger's pocket. Played out slowly and silently except for Johann Strauss' ''Blue Danube'' waltz, the sequence also introduced audiences to concepts such as zero-gravity toilets and velcro "grip shoes".

The famed magazine, which helped popularize the Graphic Novel genre in the late 1970s and brought new levels of artistic credibility to comics, allotted three pages of its December issue to Yanovskaya's black ballpoint and gold leaf creations, preceded by a full-page of text in which the artist was literally given free reign to write her own story. If ever an artist and magazine were made for each other, this is a match made in heaven.

Although HM fumbled the ball by sparing space but no editorial attention and running a text-heavy artist statement loaded with lots of I-Me-My, Yanovskaya told her story well and her ballpoint pen artwork, which also decorated the magazine's back cover, made up for the oversight, which was uncharacteristic for publishers who ought to know the narrative importance of balancing text and visuals. Might be too late to find a copy of issue #272 in stores, meaning a campaign to get Yanovskaya on the front cover next time will have to suffice・ 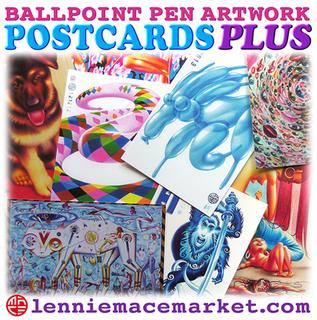 A Feather In Her Cap  by B. Neufeld

All but the keenest viewers may have missed the many ballpoint pen cameos on screens big and small over the years. Ballpoints are regulars in Hollywood productions, and not just as desktop set dressing or in pocket protectors. Sometimes the tone of a scene is expressed by a character's inattentive ballpoint doodling. Those doodles may expose important plot points. For roles where real drama is required, the pen itself can become a weapon, wielded with sinister intent by an antagonist or coming within reach of the protagonist to save a life in a nick of time.​ 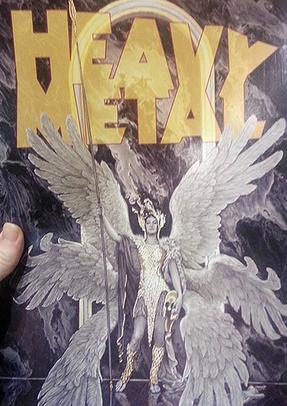 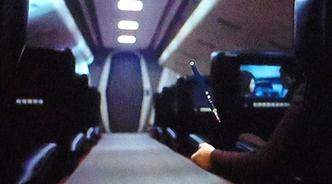 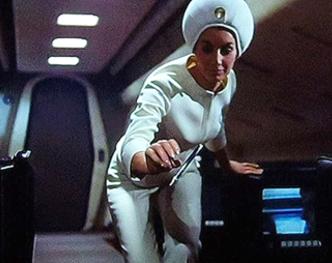 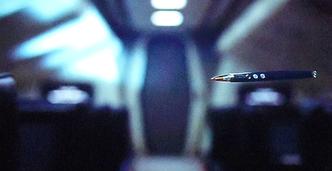