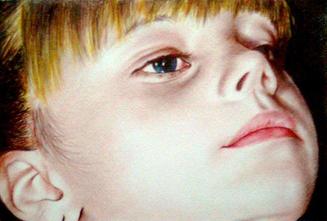 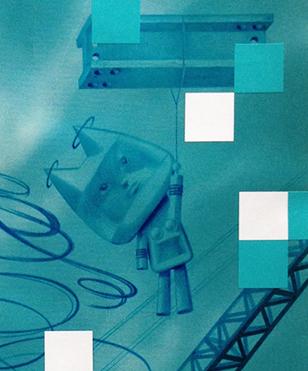 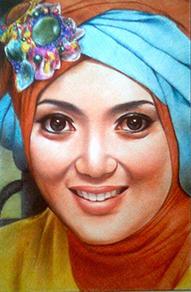 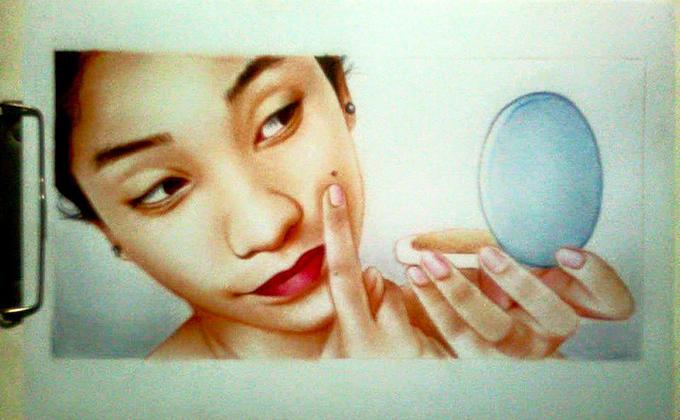 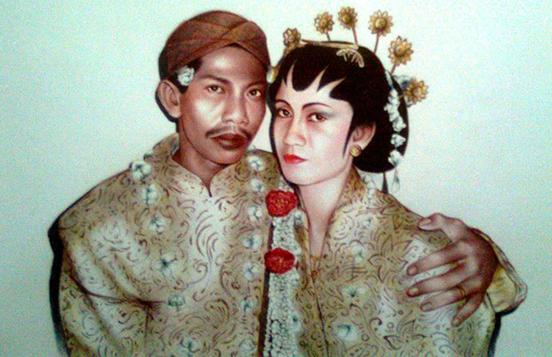 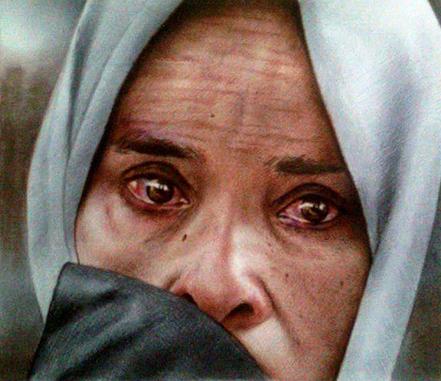 ​​​​​​​Ardho's work in progress snapshots of his drawings are refreshingly free of the gridded guidelines so prevalent in social media postings of ballpoint art referenced from photos. His layer-at-a-time painterly application of ink is also evident, as opposed to the square-at-a-time mechanical approach seen in many artists' posts. Content runs the gamut from smiling families to panty-clad seductresses to 1970s Detroit muscle cars. Ardho tells us faces and fabrics are preferred subjects, developing form through manipulation of lights and darks. Idol-worshiping celebrity fan art is rare, just real people in his real world. Sizes are never noted alongside his art uploads, but many show drawings on a clipboard which appears to accommodate A4 paper. "Proses arsir bolpen warna " is the only common caption; "pen color shading process " as per push-button translation.
Indonesian beauties are among Ardho's finest works, showing control of the pen, understanding of the human form and mastery of ballpoint color. One of the most striking pieces, posted in July, portrays a world-weary woman with bloodshot, watery eyes. Inquiries as to whether any or all of these were commissioned works were never answered, but several clearly read as family-down-the-street  or customer-and-his-wife.

Ardho has won some online competitions, but formal exhibitions are not yet an option; not only does Ardho have no capital to produce an exhibition himself, but there's little opportunity of generating income via art sales in his country. Such is the fate of first-rate talent borne to third-world environs, countries which have yet to align themselves with the industrialized world and no support systems in place for 'arts' other than those promoting local traditions; batik, for example, and related iconography. A job painting signs may be ones best option under these circumstances. Ardho still does whatever other work he must for his and his family's livelihood.
Art may never be more in need of support than that of artists like Ardho. Commissioning a portrait from him may be the best sixty dollars you'll ever spend, tax and shipping included. At those prices, you'd do well to make him your family portraitist. Computer ownership is also not an option for Ardho and access appears limited, meaning no Email. Befriend him on facebook, watch the parade of mini masterpieces and place an order.
At this very moment in Indonesia there sits Satrio Arimbat Ardho and his cigar-sized ten-color ballpoints. And here I was worried I'd be stuck with nothing to write about・

​​​At this very moment in Indonesia sits a man and his ballpoints churning out impressive works of portraiture and more. As you turn in for the night that same man will likely still be at it, and as you wake up the next morning he may have completed one mini masterpiece in ink and started his next. It is not uncommon to hear of ballpoint pen artists spending hundreds of hours drawing any particular piece. Mr. Satrio Arimbat Ardho in the same amount of time may have produced four or five pieces of equal or superior quality. Don't take my word for it, see for yourself. Look him up on facebook, which is basically the only way to contact him or peruse his artistic talents. That's where I came across him and his ballpoints a year ago. His work in progress posts are a staple of ballpoint art groups there, so people who've also been following those groups may recognize some of the artwork highlighted here. Making them is what makes Ardho happiest.
But even as one of the most prolific, or at least determined, of all ballpointers, Ardho is also one of the least accessible. Much of this report, therefore, is unfortunately lighter on facts and heavier with speculation and opinion, as much about the interview process as any actual answers attained. Apologies in advance.

First, there's Ardho's location. Situated on the Indonesian island province of Java, he may also be one of the most isolated ballpointers. Even the multitude of Filipino ballpointers share a certain camaraderie by close proximity and sheer numbers, but no others employing ballpoint pens are known in Indonesia, at least none making their presence known.

Then there's the language barrier. Ardho speaks little or no English. His facebook posts in native Javanese are responded to by friends, but no English among them and none appear to be ballpoint brethren. Pushing the 'translate' button on those posts also turns up nothing in English, apparently facebook has yet to reach those dialects. Requests posted at several Indonesian art group pages 'looking for an English-Indonesian interpreter ' drew no responses, and I can't even be sure Ardho heeded my direct request to find someone who might be helpful, because he never replied as to whether he had looked into it or not. If he weren't living in Semarang, the administrative capital and largest city of Central Java, it would be easy to think no one in Indonesia speaks English. Apparently Ardho's life doesn't bring him into contact with those who do.
Language barriers aside, I continued to occasionally tap him for information or compliment particularly attractive pieces. I kept questions simple enough for successful facebook translation on his end, and my efforts were not in vain, although most replies were also kept simple. How old are you? "27." Went to art school? "2004-2010." Married? Children? "No." But language was only half of the communication barrier. An air of indifference about 'talking art' also hindered progress. How does one write about an artist who doesn't seem to care you're writing about them; an artist who places no importance on the value of free publicity from someone who does actually care? Bothering himself with the minutiae of being an 'artist' doesn't seem to be a priority for Ardho. This could be a genuine instance of someone with raw drawing skills who'd just rather be drawing, or it could be indicative of life in Central Java where Muslim modesty, austerity and understatement are the norm.

Maybe he just doesn't have anything to say?...

A Far East ballpoint pen masterpiece has finally made its way West. Interested parties in the New York area proving worthy enough to score an appointment have a rare opportunity to view original Lennie Mace artwork the likes of which have yet to be properly exhibited in the city. Mace extended an invitation to The Ballpointer  and, being the de facto New York correspondent, apparently I proved worthy. I was surely interested. It's been more than a decade since the absentee New Yorker has had anything on display in his hometown, so when a long-time New York patron offered showroom space, Mace accepted ...

One-sided enthusiasm is an enthusiasm killer for an interviewer, but I persevered and luckily Ardho did provide enough of the basics before falling out of contact. Ardho has been drawing since he was four, but didn't start experimenting with ballpoint pens until 2014. He did attend art school along the way, university art courses in his hometown. The anatomical stylings of Baroque-era Italian artist Gian Lorenzo Bernini were his earliest favorite. His father's death led Ardho to drop out of school to provide for his mother and sister, with whom he still lives. "I get more science originating from outside education, and many also the knowledge I get self-taught, but mostly I still learning to the present, self study." After seeing the works of artists such as Juan Francisco Casas and Nathan Lorenzana, Ardho decided to try ballpoint pens. Occasionally, though rarely, he also uses paints or pencil.
The only documentation of his work may be the stream of grainy, barely focussed, work in progress iPhone snapshots taken under the dull glow of incandescent lighting and uploaded to social media, sometimes several per-day. His dimly lit room often appears along the perimeter as background. No proper studio to speak of, and Ardho's laptop is, quite literally, his lap top. He draws onto a clipboard or plywood set on his lap. Sometimes a small wooden footstool or milk crate used as a base are visible in wider snapshots. White tile flooring also features as prominently as the artwork. And his cigar-sized, ten-color ballpoint pens; the kind found in novelty shops or 99₵ shops, not art supply depots. "Because tool price is cheap." Ardho's strength lies with his handling of those ballpoint colors, skillfully mixing the limited palette to come up with close-enough — if not spot on — full color matches ...