The caricature is immediately familiar to film buffs from its usage in the title sequence of Alfred Hitchcock Presents (below), the American television series produced and hosted by Hitchcock that aired between 1955 and 1965. What most fans may not know is that Hitchcock actually drew that caricature himself. The design's simplicity is such that it's easy to imagine him doodling one quickly enough for any lucky fan in the right place at the right time. 'Hitchcock blondes' must've surely been given preferential consideration・

Proof that at least one autograph hound nabbed just such a prize can be seen in a vintage snapshot (pictured) which appears about four minutes into the 2015 documentary film Hitchcock/Truffaut. The film is based on the 1966 book of the same name by French filmmaker François Truffaut, which is itself based on a series of interviews Truffaut conducted with Hitchcock in 1962.
In the photo, Sir Alfred is shown having just completed drawing the iconic Hitchcock silhouette caricature, ballpoint pen still in hand, and presumably about to sign his work ...

・Hitchcock/Truffaut  2015・Director Kent Jones
'Goo-devening'… Fans who were able to get an autograph from legendary filmmaker Alfred Hitchcock may have also been lucky enough to get an original ballpoint pen drawing by the so-called Master of Suspense ... ​ 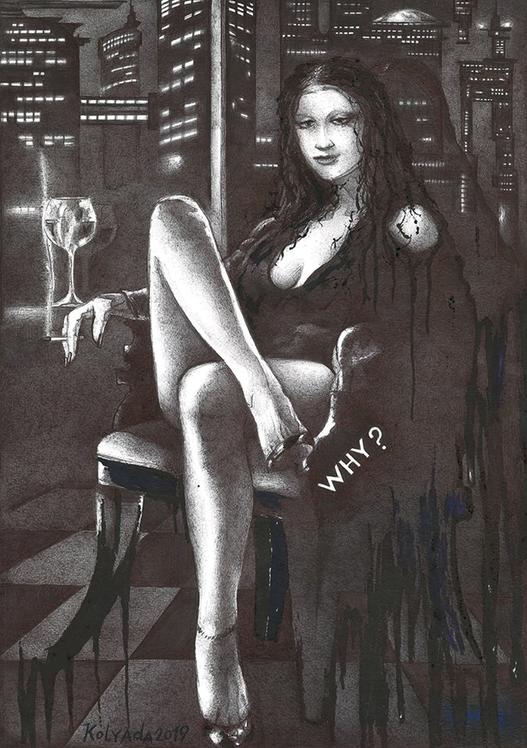 as it were. Some of the artists may be familiar to readers, but new faces will also be introduced here. These artists have not been notified of inclusion here, but every effort will be made to credit the artwork as they did in their original posts.

The content of this slideshow presentation is revised regularly 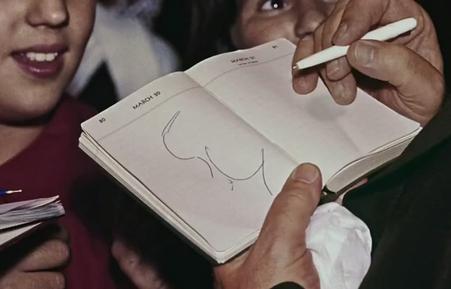 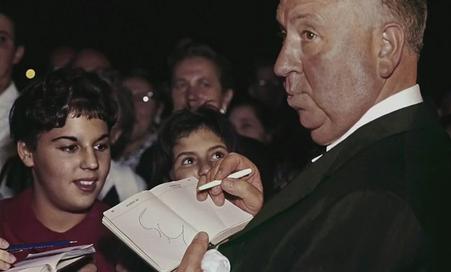 ''So, here are some words about it... The name of the drawing means Mona Lisa of the 21st century. Some other meanings also...

Written as 'Mo-Li-21' it could be the name of a robot-girl, like R2-D2 and C-3PO in the Star Wars  movies. You can see the buildings in back-ground which show this is the future. She might be a robot-prostitute, or this could be considered a kind of concept art for some sci-fi movie.

It took me 3 weeks to draw this. I used standard ballpoint pen techniques in classic way but also used some ink from different black and blue pens to make some parts look like abstracted''・