PICK PIECES  The Ballpointer staff choose the artwork and let the artist explain it in their own words ・ Vol 7 No 6  posted November 7, 2020​ 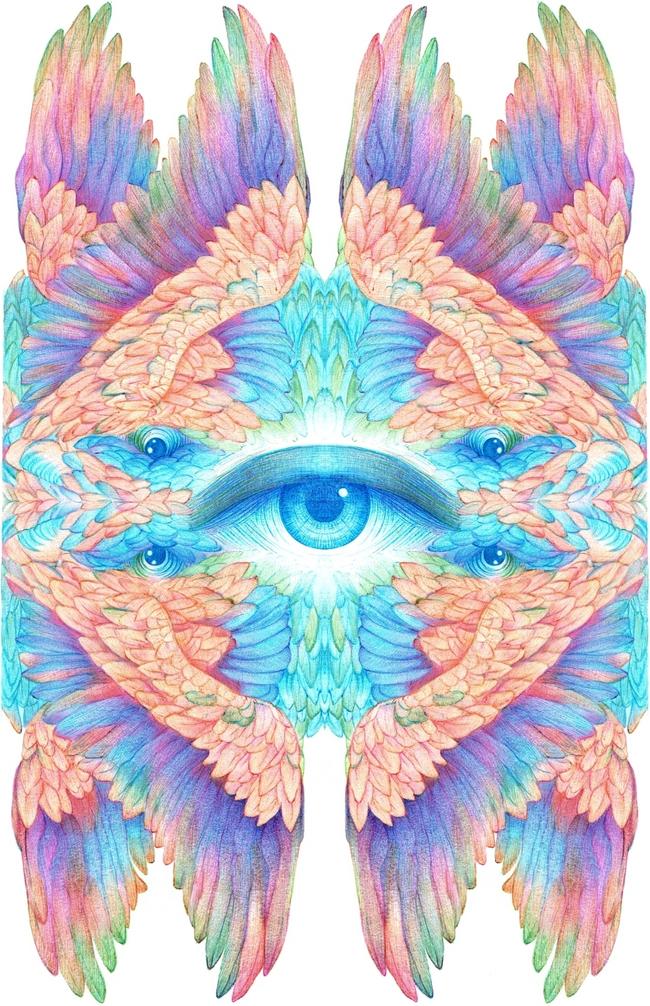 ''The idea came to me while thinking of my guardian angel, drawing a parallel between angels and seraphim. The seraphim are the highest-ranking celestial beings in the hierarchy of angels and they are associated with light, ardour, and purity. Seraphim angels are glorious, exotic creatures, having six wings: two wings used to cover their face, two wings used to cover their feet, and the remaining two used to fly. The seraphim's bodies are covered with eyes on all sides and religious texts describe them as radiating brilliant light like flames of fire. My angel is a little different, having eight wings and five eyes, these numbers together making up number 13, which symbolizes the death to the matter and the birth to the spirit: the passage on a higher level of existence. This drawing was done using Staedtler coloured ballpoint pens. The colours I have used symbolize light, peace and love. The drawing took me about 10 hours”・

​For more info about the art & the artist, find  Alexandra Miron's Art  on  facebook  or contact directly  andra20051@yahoo.com