All but the keenest viewers may have missed the many ballpoint pen cameos on screens big and small over the years. Ballpoints are regulars in Hollywood productions, and not just as desktop set dressing or in pocket protectors. Sometimes the tone of a scene is expressed by a character's inattentive ballpoint doodling. Those doodles may expose important plot points. For roles where real drama is required, the pen itself can become a weapon, wielded with sinister intent by an antagonist or coming within reach of the protagonist to save a life in a nick of time.

Chivalrous Leopold  decides to write an apologetic letter to Kate, asking her forgiveness. But what's a resourceful 19th century nobleman to do when there's no quill pen to be found? He make's one, of course! Leopold  is shown carving a quill pen, then extracting ink from every available ballpoint pen into a glass (pictured) for dipping his makeshift writing implement. Why Leopold  wouldn't just use the ballpoints as-is to write his letter is a clear plot hole. Knowing there was ink to be taken from those pens, an educated man ought to easily deduce how to use one. Yes? But then we wouldn't be provided with the brief but humorous film clip of Leopold squeezing ink from the plastic tubes, demonstrating what must surely be one of ballpointer Shane McAdams' methods for ink extraction.

Does Leopold 's letter win back Kate?  Does he stay in 21st century New York and take credit for inspiring McAdams' ballpoint technique?

See the playful rom-com for yourself, plot holes and all・

​​19th century New York. Dapper Duke Leopold (Hugh Jackman) inadvertently slips through a time portal behind 21st century physicist Stuart (Liev Schreiber), who was testing his discovery, back to present-day Manhattan. While the two await the next opening of the portal so Leopold may return home, Stuart is institutionalized after raving about his discovery to the wrong people, leaving Leopold stranded. Leopold  meets Stuart 's ex-girlfriend Kate (Meg Ryan), who lives in the same building, and a mutual attraction slowly forms. During a dinner with Kate 's boss, however, Leopold blows the relationship by exposing inaccuracies in boss's braggadocio designed to impress Kate. She cuts off communication with Dashing Leopold... 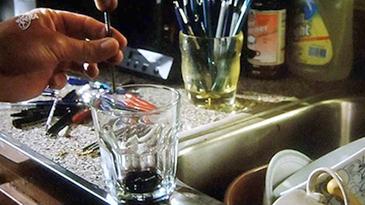 I do most of my drawing at work, during brakes. I usually just use one pen and layer light strokes of the pen together getting darker and darker when needed. I've tried using colour biros but find it hard to figure out the mixing and layering of colours. I'm sure this will come with time and practice. The reflection in the eye is just buildings.  I used a reference image. Well, a couple. I used some photos from the internet and some from friends. Most of the image was from the internet, I made a couple of mistakes which changed the image though'' ・ 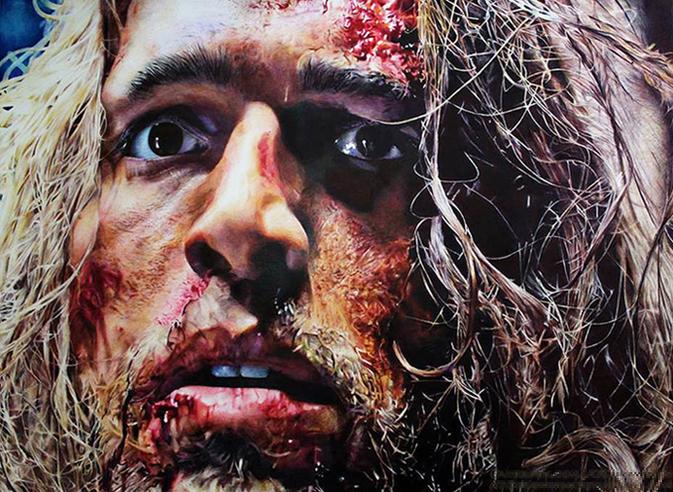 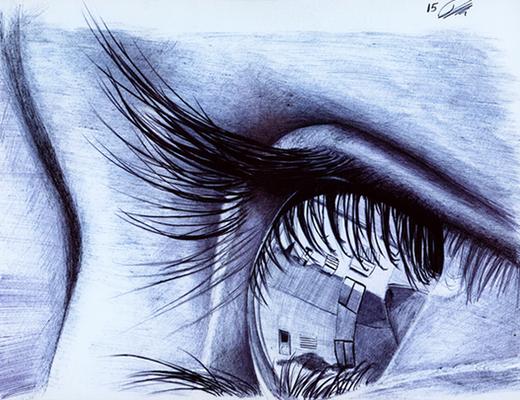 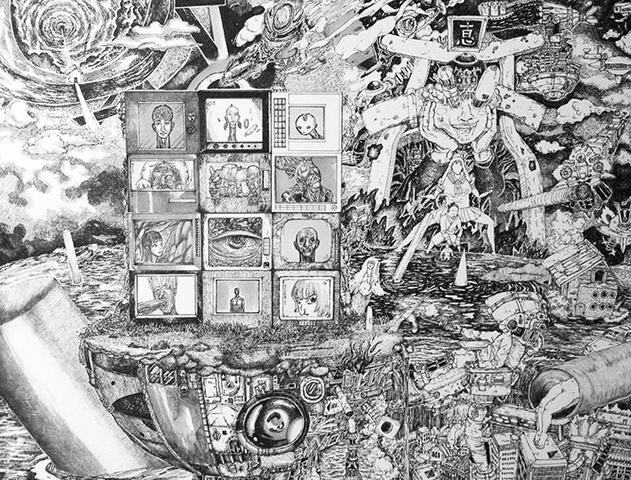 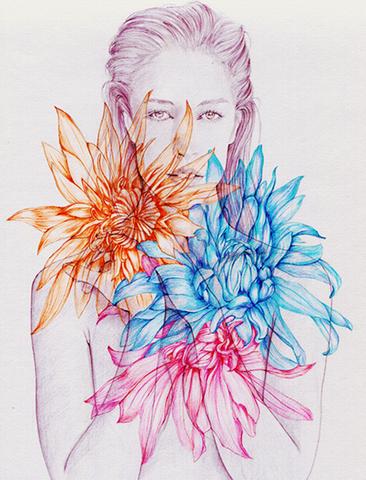 ​''The title of my artwork means 'The Savior', Jesus Christ. Before I started this art piece. I'd finished a smaller one. But after that, there was something playing with my mind. I wanted to try something challenging, something unique in ballpoint pen drawing, and this is it. I found the original photo in the movie 'Son of God'.
I started drawing first the hair with Staedtler yellow ballpoint pen, some brown and black. I think the hair was the most difficult part because of the details. Then I drew the eyes, nose, cheeks, and the lips. In the eyes I used Dong-a black ballpoint pen and black and violet Staedtler ballpoint pens. Then next the cheeks. I used Dong-a Hexaplus orange ballpoint pen for base color, Staedtler orange ballpoint pen for mid-tone and brown Staedtler for dark tones. My technique in applying colored ballpoint pens is light to dark blending of colors with different strokes; linear hatching and cross hatching layer by layer until I reach the right color of skin tone. For wounds I used red, black and orange Staedtler ballpoint pens. I've spent 2-3 hours every night to work on it everyday, all in all it took almost 8 months to finish.
This piece has a special meaning because it was requested by my mom 7 years ago. But at that time I was too young and I thought I couldn't draw it because I'm a beginner at that time. I told her someday when I learn more in arts/drawing I will draw that, just wait, but for now I need to practice, practice and more practice!' After 7 years of practicing techniques I decided to draw it. I've successfully done it, with determination, inspiration, patience, and love. Nothing is impossible''・ ​

''I only started using a biro properly in the last 4 or 5 years. For the eye I was practicing a new drawing technique, where I use a lighter shade of pen first and add darker layers with other pens. For the lighter tone I used a Staedtler, and then would go over that layer once finished with a Bic medium and finally a Bic fine. Not sure if this really worked as I only really spent a little amount of time doing this one, about 15 hours, usually about an hour a day. But I think it could work with a little more time. I used 80 gsm paper, A5. This was in between illustrating a children's book (with a friend at work, more of a fun project really) and a commission for family.

PICKSARCHIVE   The Ballpointer staff choose the artwork and let the artist explain it in their own words.      Vol 2 No 4, posted May 3, 2015