All gags are drawn in ballpoint pen but none provide any hint of Mace's greater artistic talents to those who don't already know. These simple drawings actually trace back to Mace's ballpoint beginnings. A comic book fan as a boy, Mace hand-penned his own in grade school. Years later he'd pick up related skills while briefly attending New York's School of Visual Arts. Abandoning any intention of earning a degree, he took classes which touched on his broad interests, including cartooning, where he studied under old-school legends such as Harvey Kurtzman (Mad ; Playboy's Little Annie Fanny) and Will Eisner (The Spirit).
Planning to visit Japan? Visit japanglish.org first. The only formal "dictionary" of the Japanglish language phenomena also offers useful insight and enlightening commentary about Japanese culture for inquiring minds・

Among his more clearly distinguishable and popular gags, Mace's East meets West  word association game in pictures combines Lady Gaga's name and visage with those of Sumo wrestler Gagamaru Masaru, creating Lady Gagamaru. Textbook Mace. Among his more ambiguous, we're shown a black cat carrying a kitten in its mouth nervously navigating a battery of water-filled PET bottles. The cats are the ubiquitous logo of FedEx-like Japanese courier Kuro Neko (Black Cat) Yamato come to life. The PET bottles mark the equally ubiquitous practice of Japanese home owners' strategic placement of the bottles to deter stray cats from congregating, fornicating and urinating around their property, a practice of dubious merit which first-timers to Japan are quick to notice...

Long before artist Lennie Mace agreed to fill an available seat at japanglish.org's Sumo Wrestling desk and share his expertise and enthusiasm for the sport (2015 ~) he'd already been contributing twisted takes on Japanese culture via his Japanglish101 gag panels (2013 ~). Some basic understanding of life in Japan is needed to "get" Mace's gags, but he provides "subtitles for the blind " to educate the uninitiated. Says Mace, ''For every person who 'gets it', a dozen more need the 'subtitles', even the locals ''. Insider comics by an outsider, who adds, ''Japanese often have to have their abstract thoughts taught to them ''...

''I began to experiment on wood only a few months ago. Wood is an interesting material and, to me, more forgiving than paper. When I make mistakes I can generally “cut” them out with a Xacto blade. I start out with really light outlines in pencil and erase them as I begin to add the ballpoint pen. When using a ballpoint pen, I try to focus on shading rather than outlining anything. It feels more natural this way to me. When shading, I vary my pressure to get lighter and darker tones instead of cross hatching. I also use my finger to blend in areas of the ink before they dry, and I like to leave evidence of the wood within the portrait itself.

I decided to use a photo of Jimi Hendrix as a reference when I first started listening to his music. After that I began researching him and one day decided to include a drawing of him into my AP Portfolio. That's my Advanced Placement art class, available to high school students toward college credit. A test, essentially.

The hair and the face took the shortest amount of time. The clothes however would take over a day. The idea to use a white gel pen for his clothing wasn’t something I had planned. Originally I wanted to carve out the white in his clothes and leave the design work in blue. Shortly, I realized I didn’t like this idea and just happened to have a white gel pen. I think this was a good choice, it gives off an angelic and even a psychedelic vibe which is appropriate for a rock & roll music legend like Jimi''・

Regarding the technical aspect of this artwork, I used only one kind of ballpoint pen, the blue ink BP-S fine point by Pilot Pens. And the way the different tones and textures are achieved is by a careful layering of crosshatching. Usually I cross hatch 5 to 6 different layers until the desired tone is achieved. This way I can evaluate slowly how dark a tone must be, since ballpoint pen ink is practically impossible to erase. If it's too light, I can darken it some more. But if it ends up being too dark, most of the times I would have to start all over again. The amount of time it took to complete this artwork was around 100 hours, dedicating around 7 hours almost daily within a time frame of 3 weeks''・

After practicing for two years painting with ballpoint pen, in this piece I have found a standard of quality, composition and expression that I want to take further and explore more''・             artwork © Nathan Lorenzana・PENNAMEfeature article coming soon

ballpoint pen on illustration board

''Holographie, the name of this piece, I believe best represents all that I am striving for with ballpoint pen. It combines the simplicity of the instrument used, the simplicity of the subject matter, and the complexity of the different textures. The name refers to the idea of a hologram, where in a small aspect or area of the drawing you may be able to find shapes that resemble other parts of the Earth or the Universe.

I have always been fascinated with finding worlds within worlds, in a holographic kind of fashion. I paint in this way, too. To simplify the interpretation and drawing of the different parts of the human form, I start to discover certain landscapes, seascapes and skyscapes within the subject at hand. At times I feel I'm drawing an intertwined picture of nature instead of the human form. It may be from some of my own spiritual inclinations that these ideas derive, where I see, most of the time, a Universe where it is difficult to separate one thing from the other. Where all have the same value and meaning, in equal beauty and perfection. And the form where I see all of this fitting perfectly, in a way we as humans may relate, is the human feminine form. 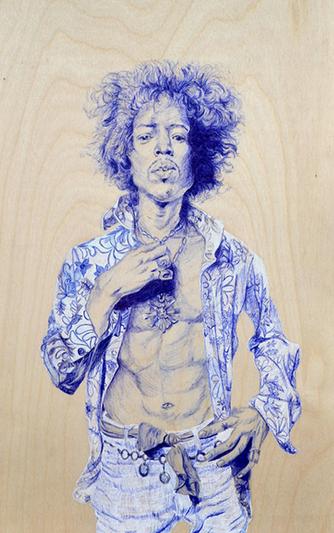 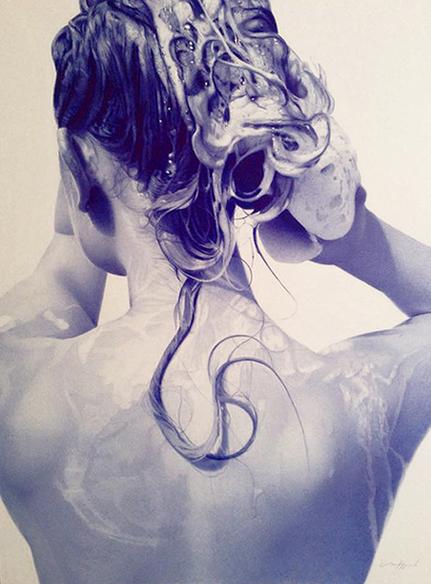 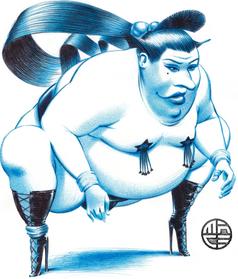 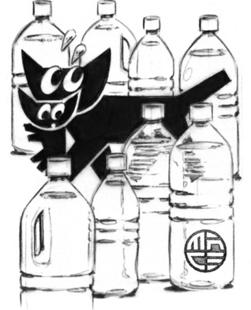