''While I often choose women as my subjects, and often black women, she is the first  black woman I've ever drawn and I absolutely love her. Using stipple (dots) in layers makes the idea of doing someone who is really black a daunting undertaking, so (until this piece) I deferred to lighter complected and white subjects. I can't tell you how many layers of dots it took to accomplish this painting as I'm in a trance-like state when I am working, which got me through prison without feeling like being in prison. Yes, VOGUE was done in prison, as were most of my 200 or so pieces. The government unwittingly became my sponsor.

While I'm aware of the fact that I am growing as an artist, I'm sure VOGUE  will inform much of the art in my immediate future. For sure I will do many more very dark subjects. The black and white contrast facilitates the depiction of her beautiful bone structure and fluidity.
VOGUE  also employs a style I call Maximinimalism, where I do a lot with a little. I carefully illustrate enough of the subject to sell you (subconsciously) on the parts of the piece that I've left out. By you filling-in  what's missing you become a participant in creating an image which to me makes it more interesting, and turns 'negative' space into positive space. I love the white surface. The 'light' is what creates my art'' ・

Read more about Guy Woodard and his recent Look To The Rainbow exhibition in this month's Ballpoint BRIEF, now on the BACKPAGE of The Ballpointer. 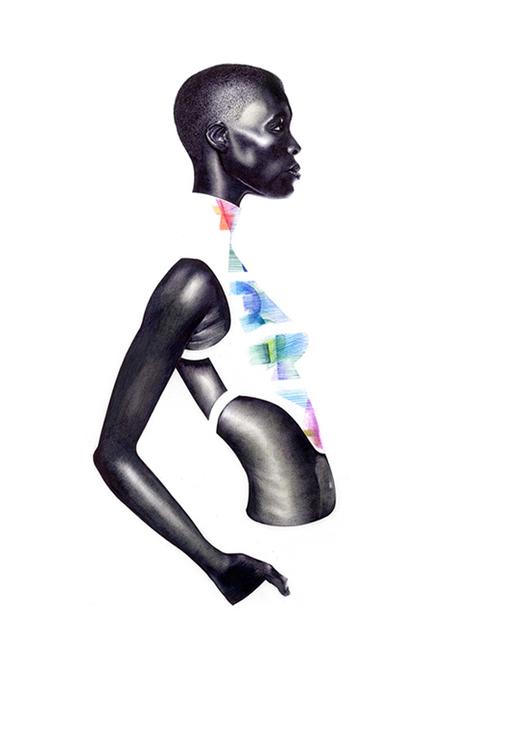 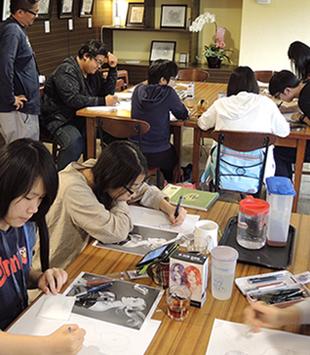 ''I've started trying to experiment a bit more by working larger and getting a bit looser with ink as a medium although you could probably be forgiven for thinking that my work is staying relatively consistent. I prefer to think of it as a slow (sometimes painfully slow) progression. Fade is one of the biggest pieces I've done to date. Its a drawing of a 'Corner House', a style of apartment building found all over Hong Kong and Kowloon. To me, architecture can represent change and evolution in the city. The way windows get knocked out and replaced, individual floors get painted different colours and air conditioning units get moved represents  progress. In a way these buildings being so open to change allows them to reflect the souls within. There are however limits to these changes. A building can only take so much change and can only be renovated in certain ways. For example you obviously wouldn't want to take a structural wall out. This also may be comparable to the lives within the building. The personal changes we make and the things we wish to achieve may not be feasible within the parameters afforded to us. With this is mind physical walls can also be interpreted as mental walls. The buildings featured in Fade can be found in Mongkok, a district in Kowloon that has made headlines over the last year and a half for being at the centre of numerous riots. I wanted the work to reflect upon this and hint at the subtle undertones in the city and to bring out an eerie atmospheric sense of the quiet before the storm. Ballpoint in this instance is ideal for bringing out a rigid physical architectural style to the building, while the wash leads in a more abstract direction hinting at the opportunities for change in the future. It is this constant struggle for change that I wanted to explore'' ・

Taiwanese fashion illustrator Ler Huang had independently conducted ballpoint drawing courses in Taiwan in 2015 (top) with the support of local pen company O Kin Kon. The sessions were small and informal but, by all accounts, successful; enough to attract the interest and support of an instructor at Fooyin university in Kaohsiung City, Taiwan, who introduced Huang to superiors and proposed a specialty course at the school. Fooyin ran with the idea; thus comes Ballpen Fashion Illustration, with Huang teaching creative thinking, principles in composition and ballpoint color blending. Fooyin is famous as a nursing college, but its Health Beauty department requires drawing skills. O Kin Kon will be on hand with pens. The course will accept 30 people per session, non-students included, held weekly for two hours from March 2 through May 4. Hello, Harvard ?・ 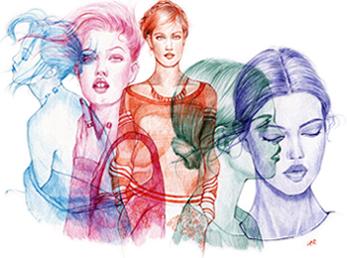 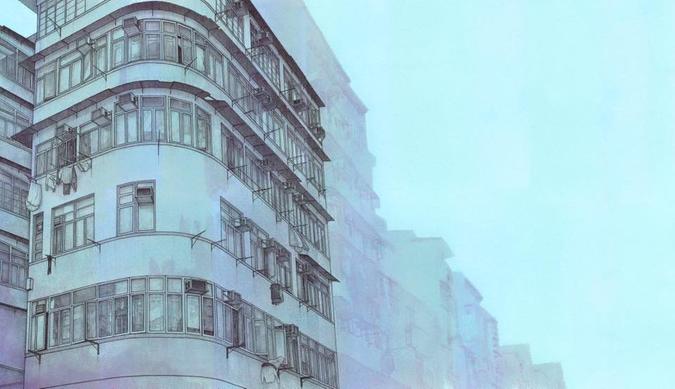 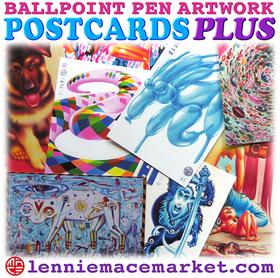 Given the ballpoint buzz in the air it was inevitable that courses teaching artistic applications of ballpoint pens would appear in school curriculums somewhere in the world. The Ballpointer, from the start, had not-so-jokingly supposed the existence of such courses, even having heard reports of instructors frowning upon usage of ballpoint pens in their classes. Such reports may become a thing of the past...