''Goddess is a taunter, full of rage, expressing sexual freedom, female magic, both hideous and beautiful. To me, she represents a symbol of neon power. I have been exploring the use of neon on black recently in my art. This is part of a larger series with a heavy influence on occult-like female figures. I wanted to create a reflection of myself, akin to a powerful icon or symbol, which represents an empowering extension of my personality and beliefs that could also inspire in others a similar experience of empowerment beyond the status quo of imagery found on the internet and elsewhere''・

The Rooster of the Chinese Zodiac, which has a backstory far too complicated to outline here, is often simplified as the year of the Bird, leaving the image more open to interpretation than Mace has thus far had as his guideline, but the absentee New Yorker gets mythological by basing his rooster (pictured above) on Japan's Hō-Ō phoenix. The bird is familiar to Japanese people, appearing not only as a roof ornament atop a historic temple in Kyoto, but also on the back of the Japanese ¥10,000 note (pictured below).

Mace's cards are distributed for sale in select shops around Tokyo, but we recommend interested parties to order them straight from the artist, himself. The cards—this year's Rooster and all previous—can be found on his 'goods' website lenniemacemarket.com, sold in packs of 10 cards. Care enough to send the very best ・​ 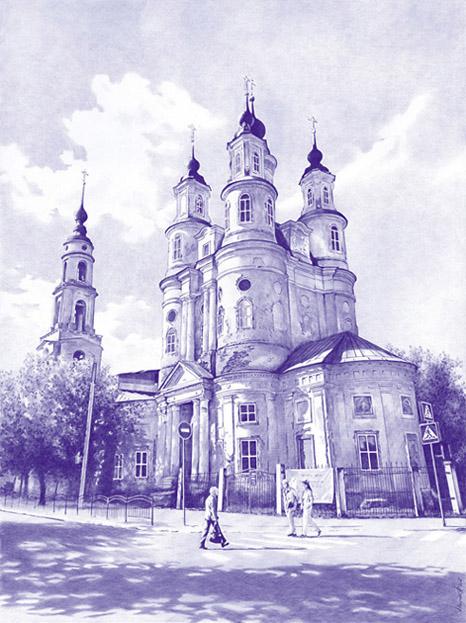 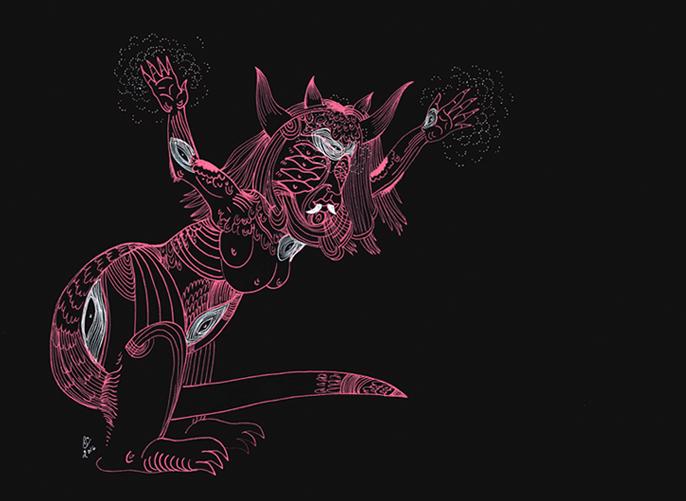 ''In my drawing Sunny Day, I’m introducing a beautiful architectural work, the Church of Cosmas and Damian. Constructed in 1794 and located in Kaluga, it is different in style from the typical architectural structures of that time, like St. Petersburg classic construction of that era, which leads to the conclusion that the church is designed by one of the pupils of the famous architect V.V. Rastrelli.

Although I briefly touched on the subject in the past, in Sunny Day the emphasis falls on all the beauty of the Orthodox architecture highlighting its historical values. In this atypical creation I attempt to focus the viewer’s attention first on the experience perceived from the drawing, additional details will slowly come to light later. If the theater of light and shadows created in blue monochrome conveys the feeling of a sunny day, then several figures dressed in light jackets allow the viewer to feel the temperature of the air. Carelessly traced surrounding trees redirect the viewer’s attention to the church, allowing to fully enjoy the beauty and grandeur of this architectural monument''・ 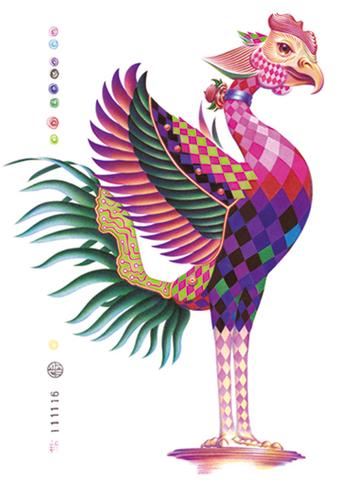 In Japan, people send New Year cards, not Christmas cards. New Year cards follow the animals of the Chinese Zodiac—also traditionally recognized in Japan—changing animals every year over the course of twelve years, then starting again. For a growing number of people, sending Lennie Mace New Year cards is part of the tradition. 2017 brings the year of the Rooster (following the year of the Monkey, 2016), and marks the seventh entry to Mace's ongoing New Year card art series... 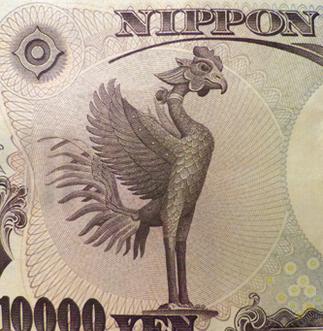